Create an Account - Increase your productivity, customize your experience, and engage in information you care about.

Eight sites were designated in 1995 and an additional site was added in 2002 after review and public hearings:

To preserve the architectural and historic significance of streetscapes, the Mayor and Council, at the recommendation of the Historic Preservation Commission, designated Atwood’s Highwood Park and Magnolia Avenue as residential historic districts.

Atwood’s Highwood Park District was designated by the Borough in 1997 as the first residential historic district. It encompasses parts of Engle Street, Serpentine Road, Valley Place, Linden Street and Huyler Avenue and is located southeast of the Atwood Railroad Station, the Borough’s signature landmark. The District has seven homes associated with Daniel Topping Atwood’s work as well as Victorian gems designed by others.

The Magnolia Avenue Historic District, designated in 2000, encompasses both sides of Magnolia Avenue between Hillside Avenue on the south and Highwood Avenue on the north. Magnolia Avenue’s homes, built between 1880 and 1930, contain an excellent collection of Victorian and Period architecture. Local lawyer Ashbel Green originally developed the area to attract middle class and wealthy New Yorkers to the Borough, only recently made accessible by train. The neighborhood is characterized by deep setbacks, two and one-half story heights, open porches and mature trees.

The Christie-Parsels House is located at 195 Jefferson Avenue. 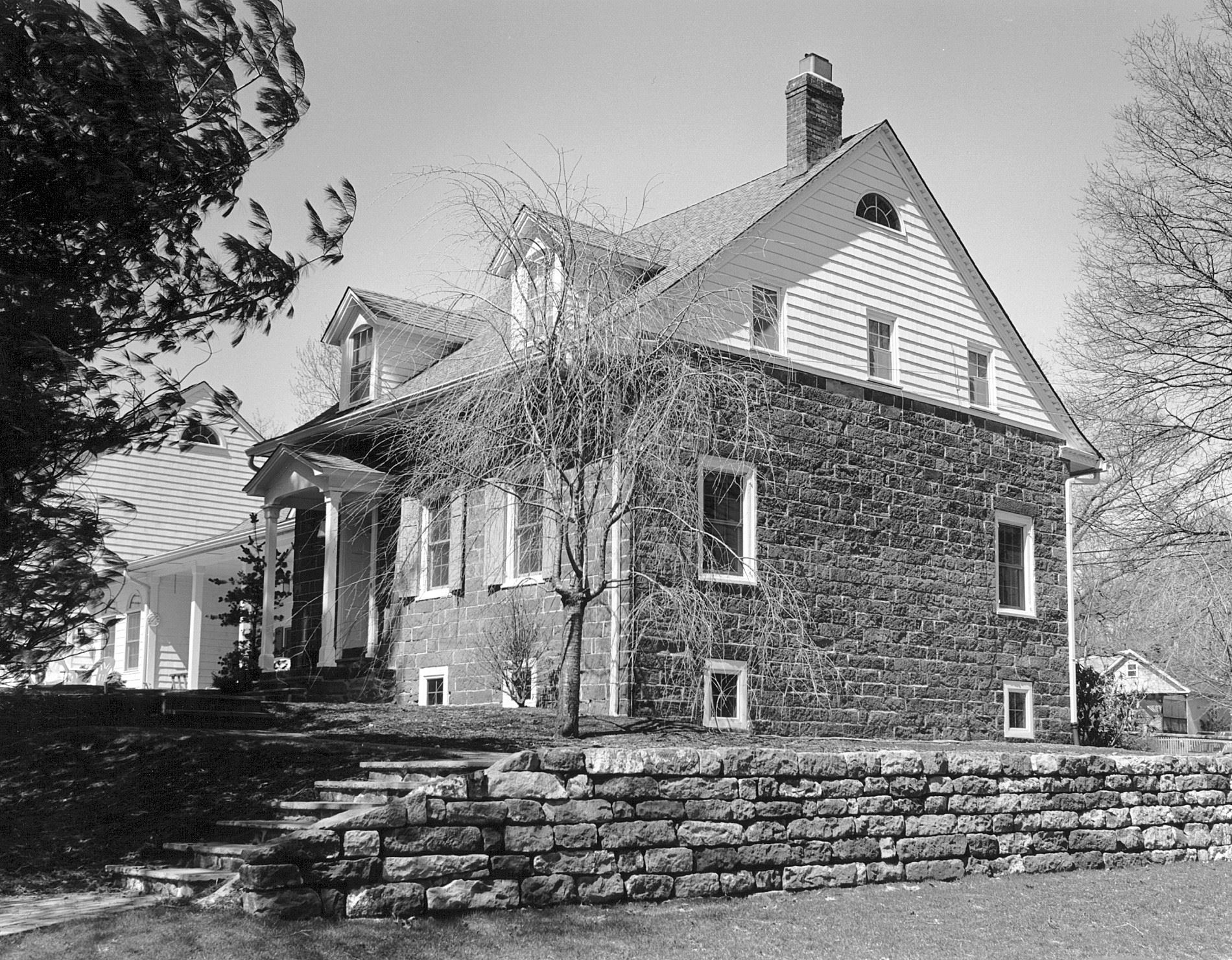 Two colonial families, Christie and Parsels, built the original structure. In 1791, William Christie bought 100 acres in Tenafly and in 1804 built the original red sandstone wing of the house. Samuel Parsels built the Jefferson Avenue portion, in 1836, of similar stone. Other early owners include the Coles, who had forebearers on both sides in the American Revolution, and the Newcombs.

Later additions have complemented the historic structure, while the landscaping has utilized stone cut in the eighteenth and nineteenth centuries and brought recently to the grounds. On the National and State Registers of Historic Places and Historic American Buildings Survey. Marked by a Bergen County Historical Society Plaque. Privately Owned. 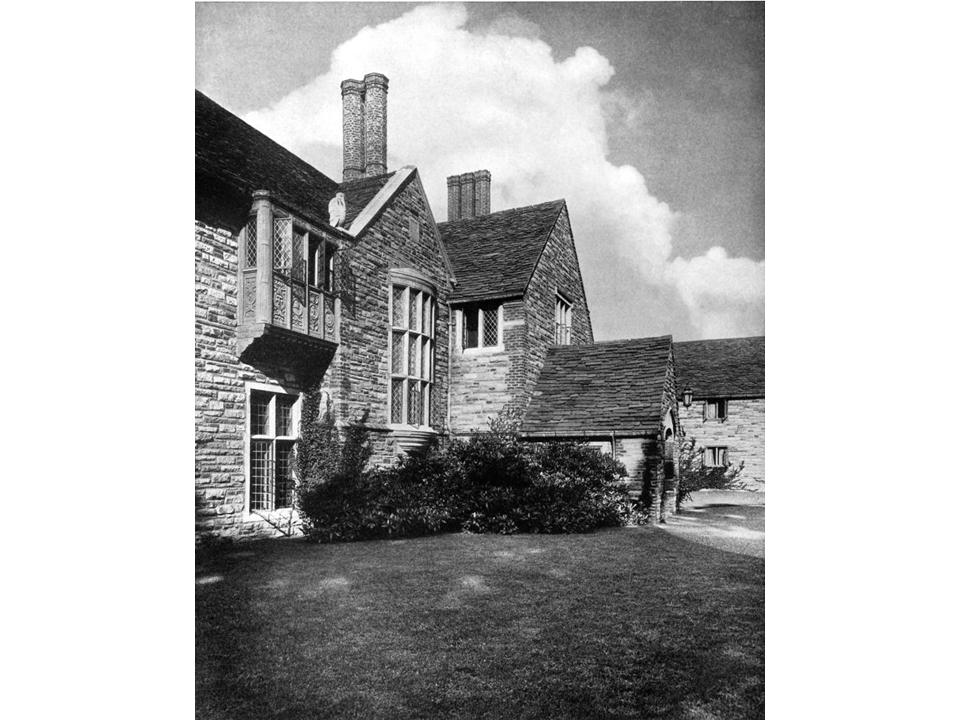 Entrance Gate are located at 1 Byrne Lane and 40 Inness Road.

In 1934, the mansion and carriage house were approved for conversion to up to fourteen apartments. Cotswold was the World War II home of Big Band great and Army Major Glenn Miller and it was where Mrs. Miller learned of the disappearance of her husband’s plane over the English Channel on Christmas Eve 1944. Multi-family residence, privately owned.

The Demarest-Lyle House 91 is located 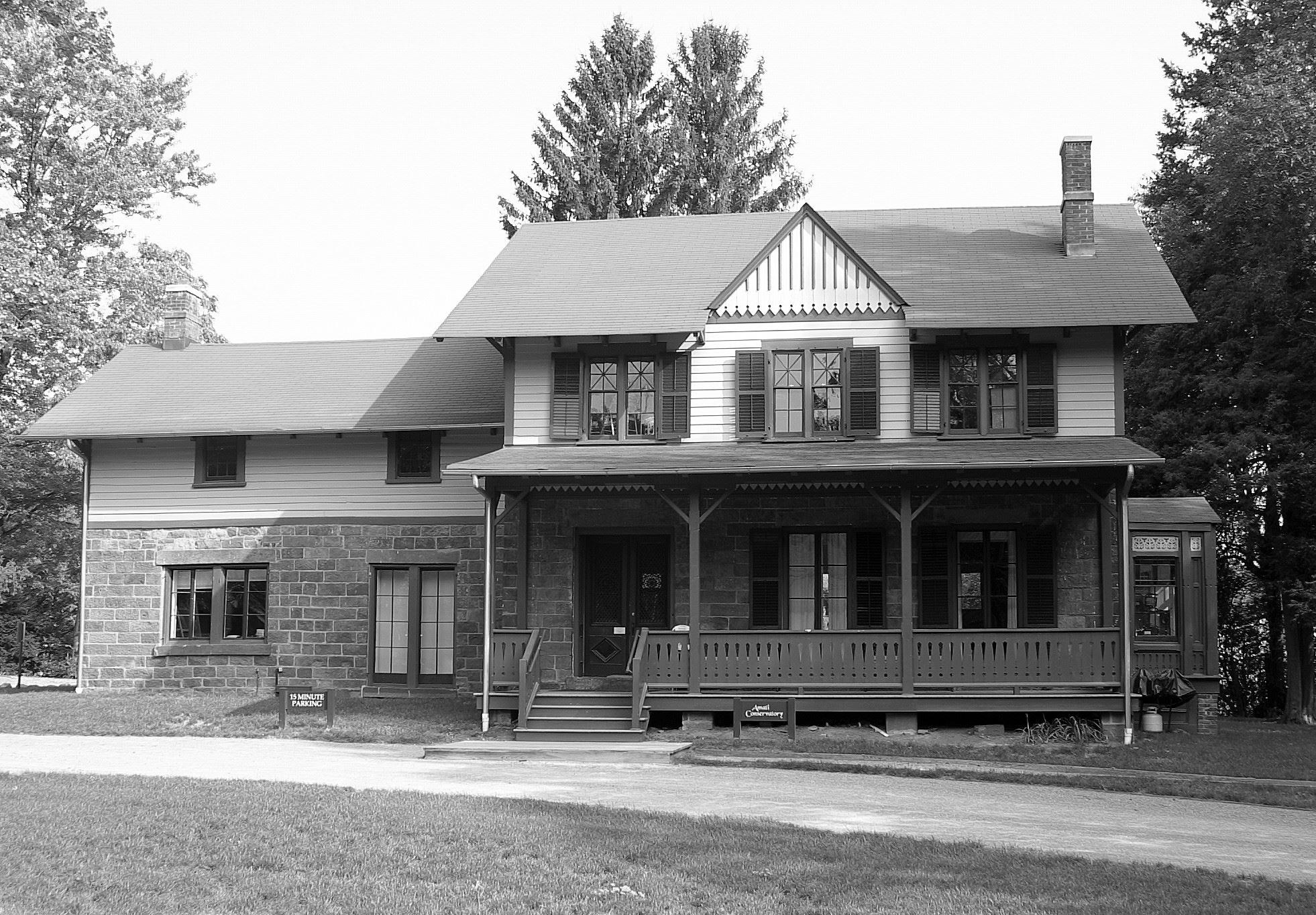 David Demarest, in 1677, obtained a tract from the Hackensack River to the Tenakill Brook, in agreements with Governor Carteret and the Indians. The Demarest-Lyle House is located on the eastern edge. According to deeds, a house may have been here as early as 1794. A namesake of the original lived here in the mid-nineteenth century.

The Borough acquired land from the Lyle Family, who had owned the tract, for the municipal center in 1946. The center section is probably older than the eastern section. The property’s hand-crafted brownstone facades and random mortar joints continue to remind us of the finest building traditions of the past.

After extensive rehabilitation, the house became occupied in late 2000 as professional office space. The following year, the New Jersey Historic Preservation Office conferred an Historic Preservation Award for the excellence of its "adaptive reuse" including a new contemporary annex. The restoration retains the building’s pre-Civil War era hand-carved brownstown facades. On the National and State Registers of Historic Places. Privately owned.

The Elizabeth Cady Stanton House is 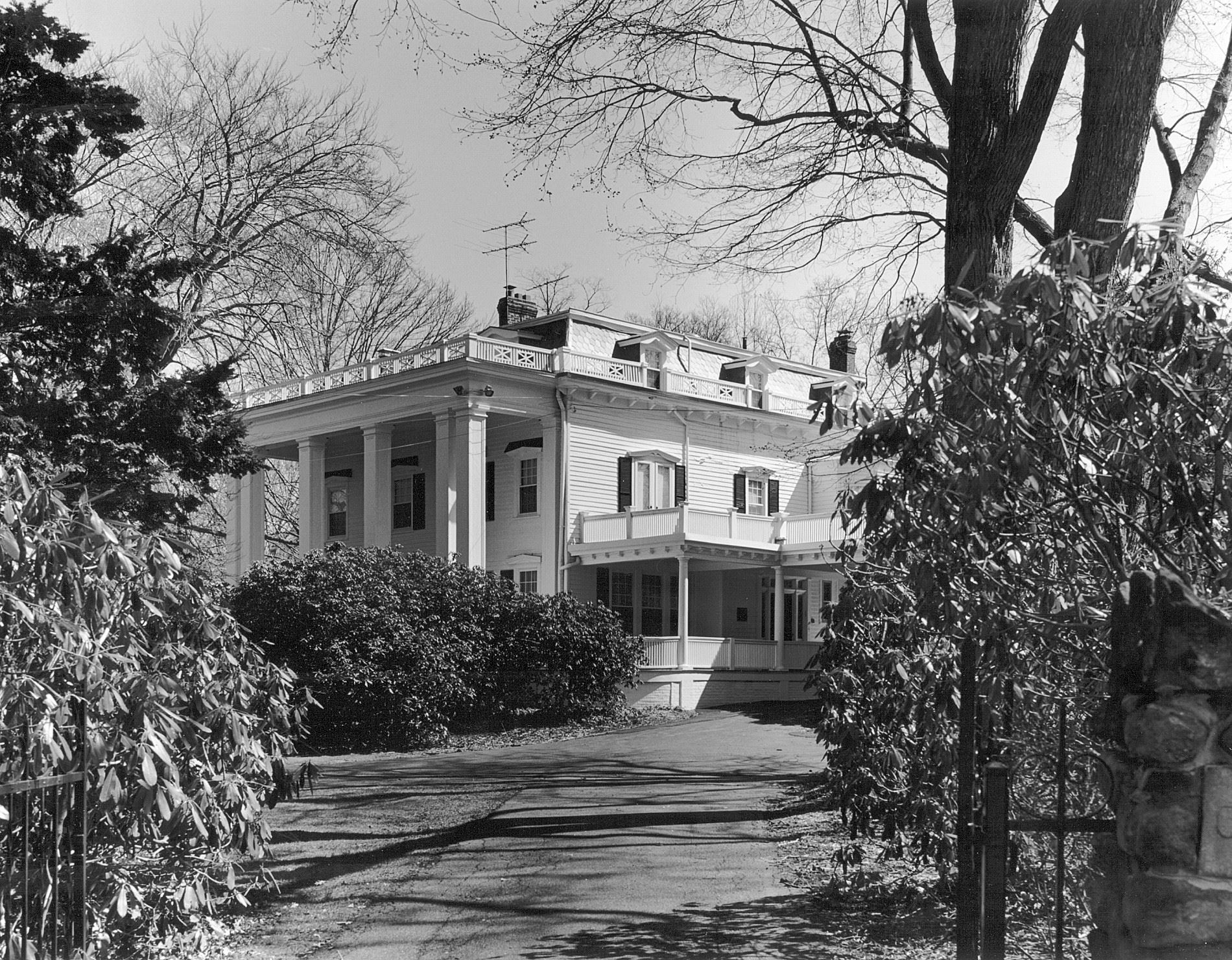 Elizabeth Cady Stanton, viewed as "the leading intellectual force in the emancipation of American women," by historian Eleanor Flexner, made her home in this stately two-story white painted frame house between about 1868 and 1887. It was at this residence that Stanton co-authored, with Susan B. Anthony and Matilda Joslyn Gage, the first three volumes of the History of Woman Suffrage, 1881 to 1885. From here Stanton, with Anthony, made the futile effort to vote at the Tenafly polls, in 1880.

This landmark 1900 event put an end to 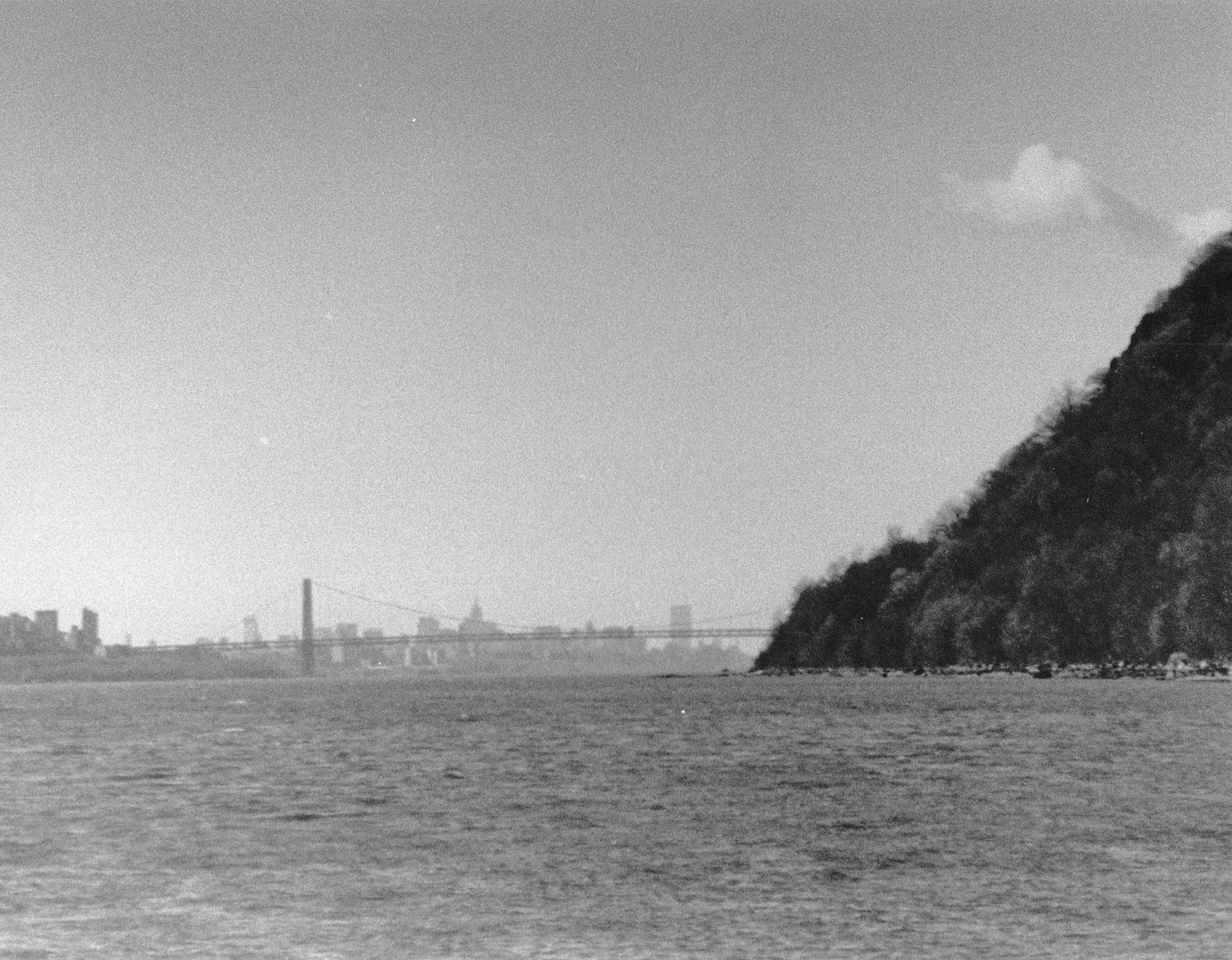 the quarrying and other assaults on the pristine character of the Palisades. With crucial support from Rockefellers, Harrimans, Perkins, Morgans, et. al., the PIPC bought its first 14 miles of property. During the New Deal, the Civilian Conservation Corps and Works Progress Administration continued conservation work.

This is a National Historic Landmark and National Natural Landmark. Today the Palisades and their environs remain in their natural state and overseeing all are the first "Tenaflyers:"

Roelof Westervelt House is located at 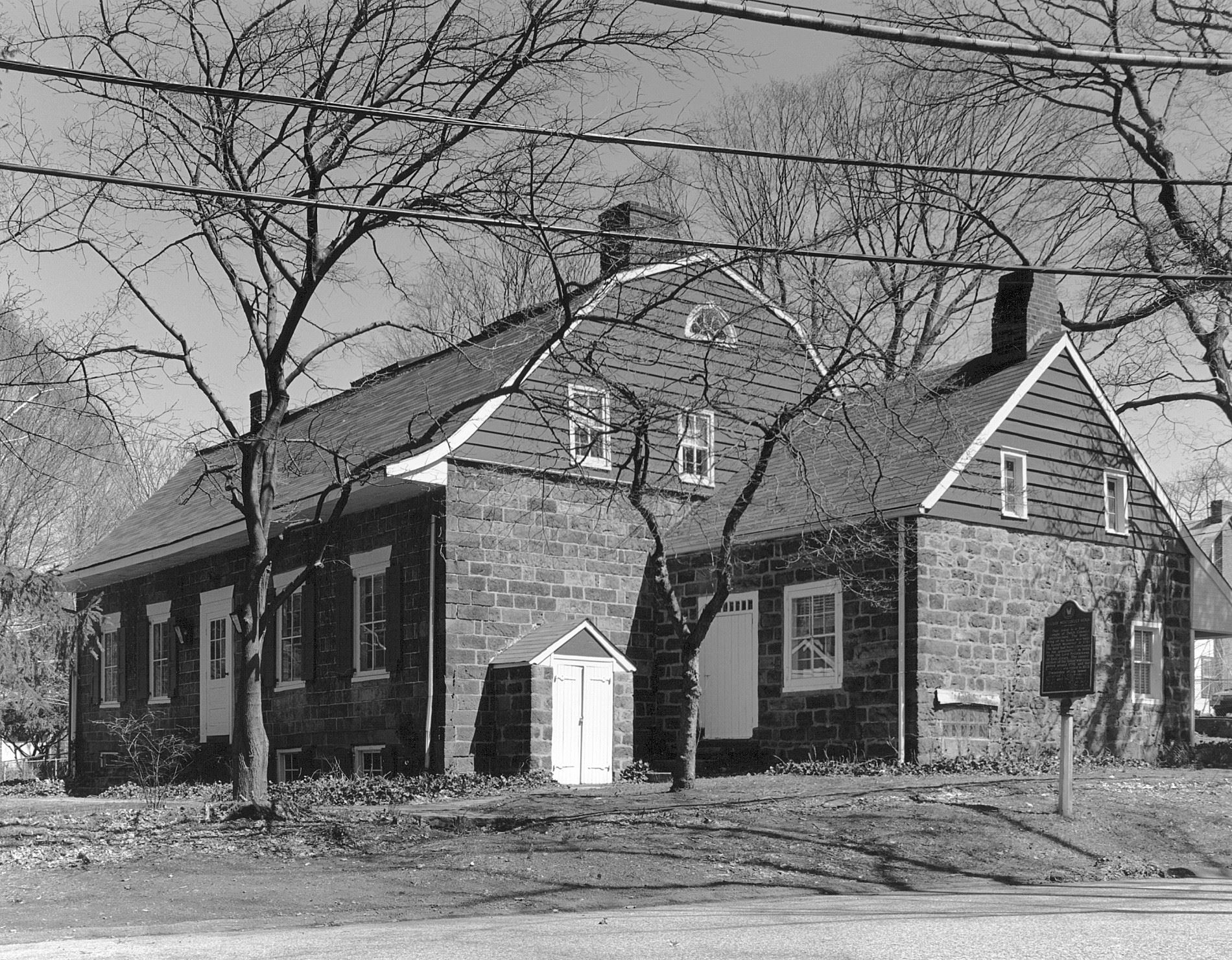 Of Tenafly’s four stone houses, on the National and State Registers of Historic Places, the Roelof Westervelt is the oldest. The house’s southern portion, featuring a steep pitched roof over red sandstones, may date to 1745 when Roelof Westervelt was married. A gambrel roof covers the center stone section, which was built about 1798 to 1800 by Daniel Westervelt.

Family descendants owned the property until 1923. Later it was owned by the Tenafly Weavers, who set up looms in the loft and sold antiques and tea on the ground floor. The house is significant for its architecture and association with Bergen Countys exploration and settlement. On the National and State Registers of Historic Places and Historic American Buildings Survey. Marked by a Bergen County Historical Society Plaque. Privately Owned.

The Sickels-Melbourne House is located 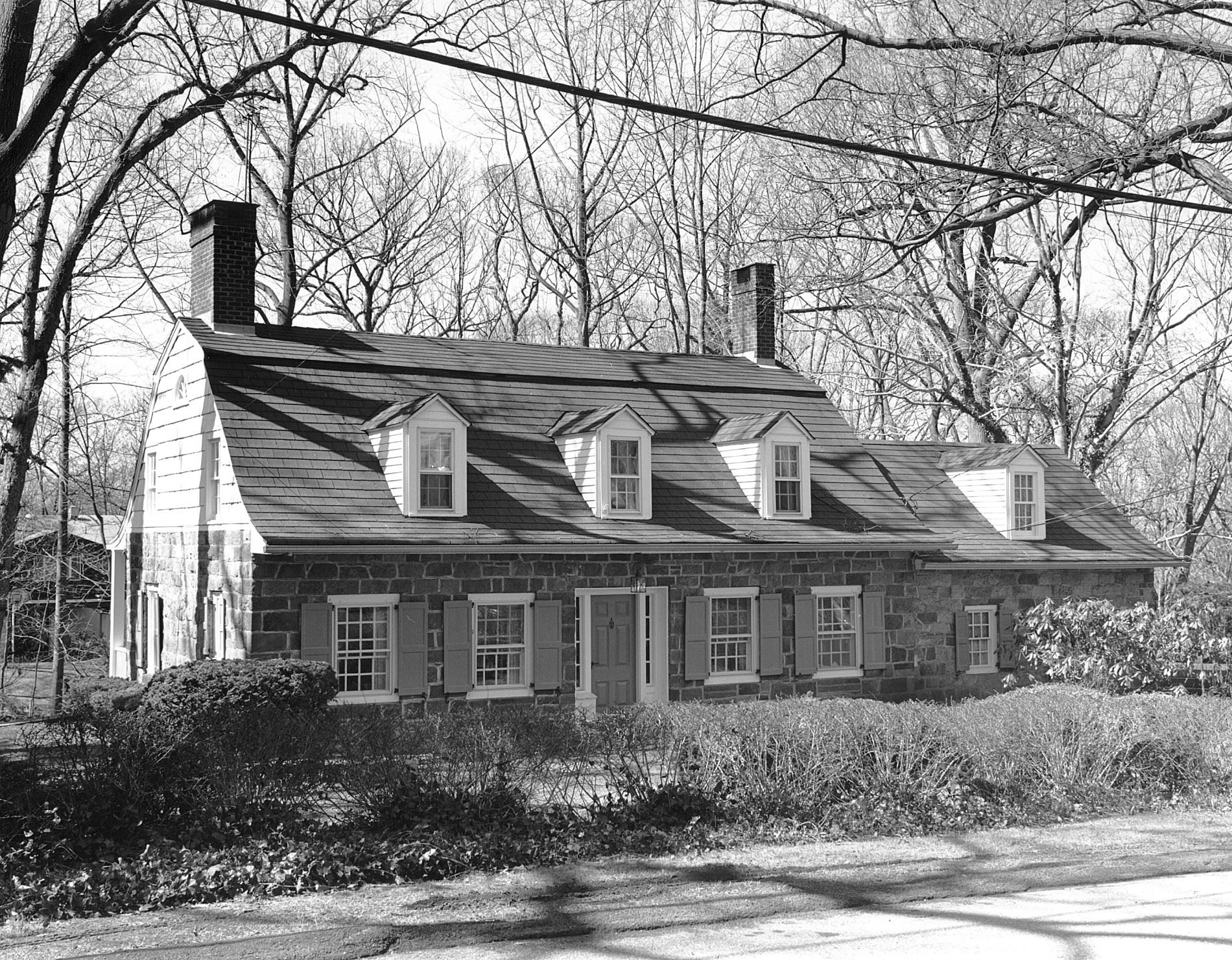 This fine example of an early eighteenth century regional sandstone house retains many original features, including the front door and a fireplace mantel of hand-made bricks and Dutch tiles. Artist Montgomery Melbourne saved the structure from demolition between 1938 to 1940, had it moved from Rockland County, New York and reconstructed with the original stones at its Knoll Road location, which overlooks a ravine and brook. William Sickels (circa 1736 to 1768), a justice of the peace in what is now Rockland County, was one of its earliest owners. Historic American Building Survey. Privately Owned.

Tenafly Railroad Station is located at 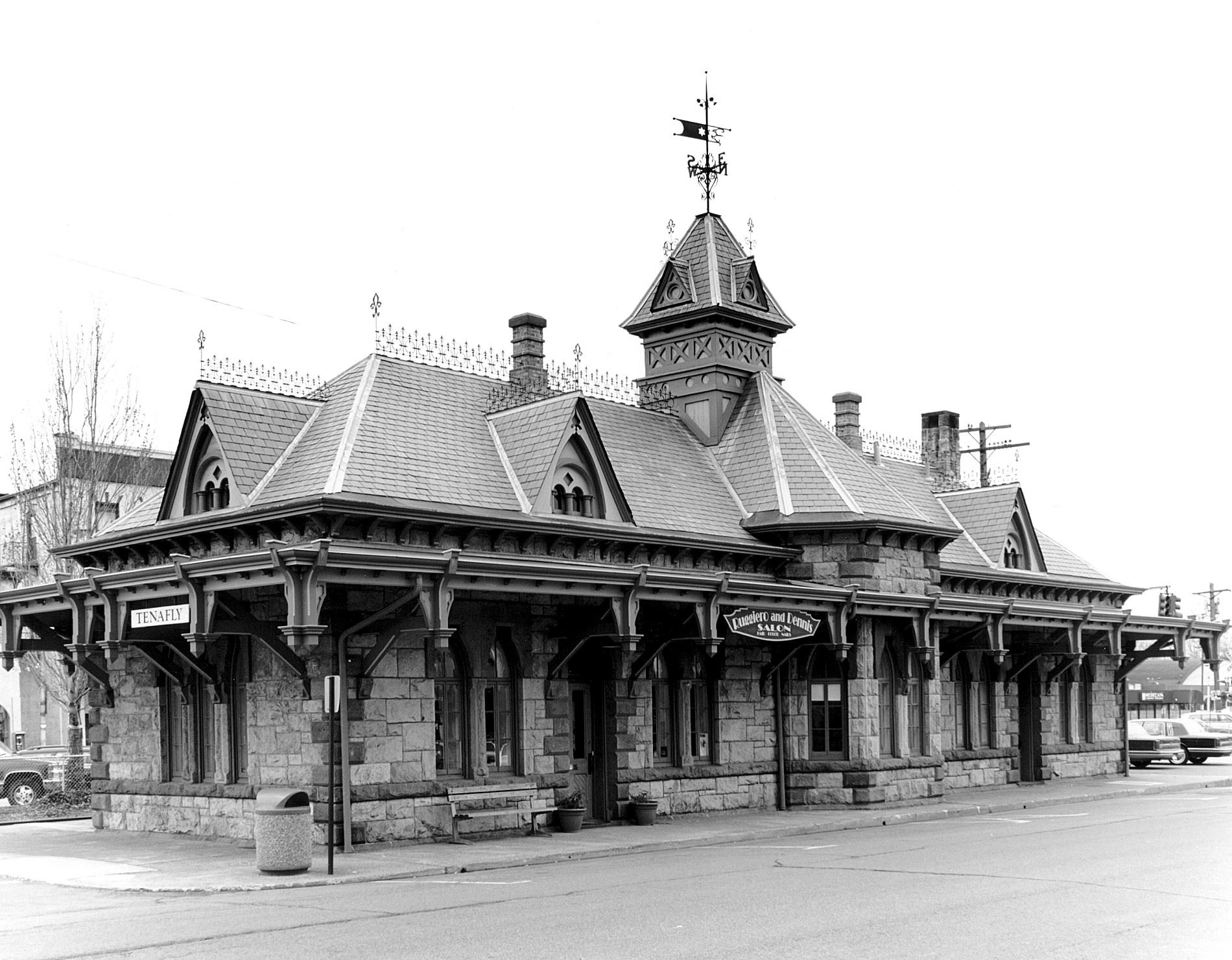 The Tenafly Railroad Station, a widely admired landmark and symbol of the Borough, completed in 1874. Daniel Topping Atwood, a New York based architect, who designed and built many homes on Huyler Avenue and Serpentine Road, designed the stone structure in what is now called High Victorian Gothic. The station remains a monument to Tenafly’s evolution from farming community to an elegant commuter suburb. Bought by the Borough in 1962, and rented to various retail enterprises since 1966, when commuter service ended, Tenafly sponsored the station’s restoration in 1994 with matching New Jersey Historic Trust funds.

The landmark is on National and State Registers of Historic Places and Historic American Buildings Survey. Marked by a Bergen County Historical Society Plaque. Owned by the Borough.

The Theodore Roosevelt Monument is 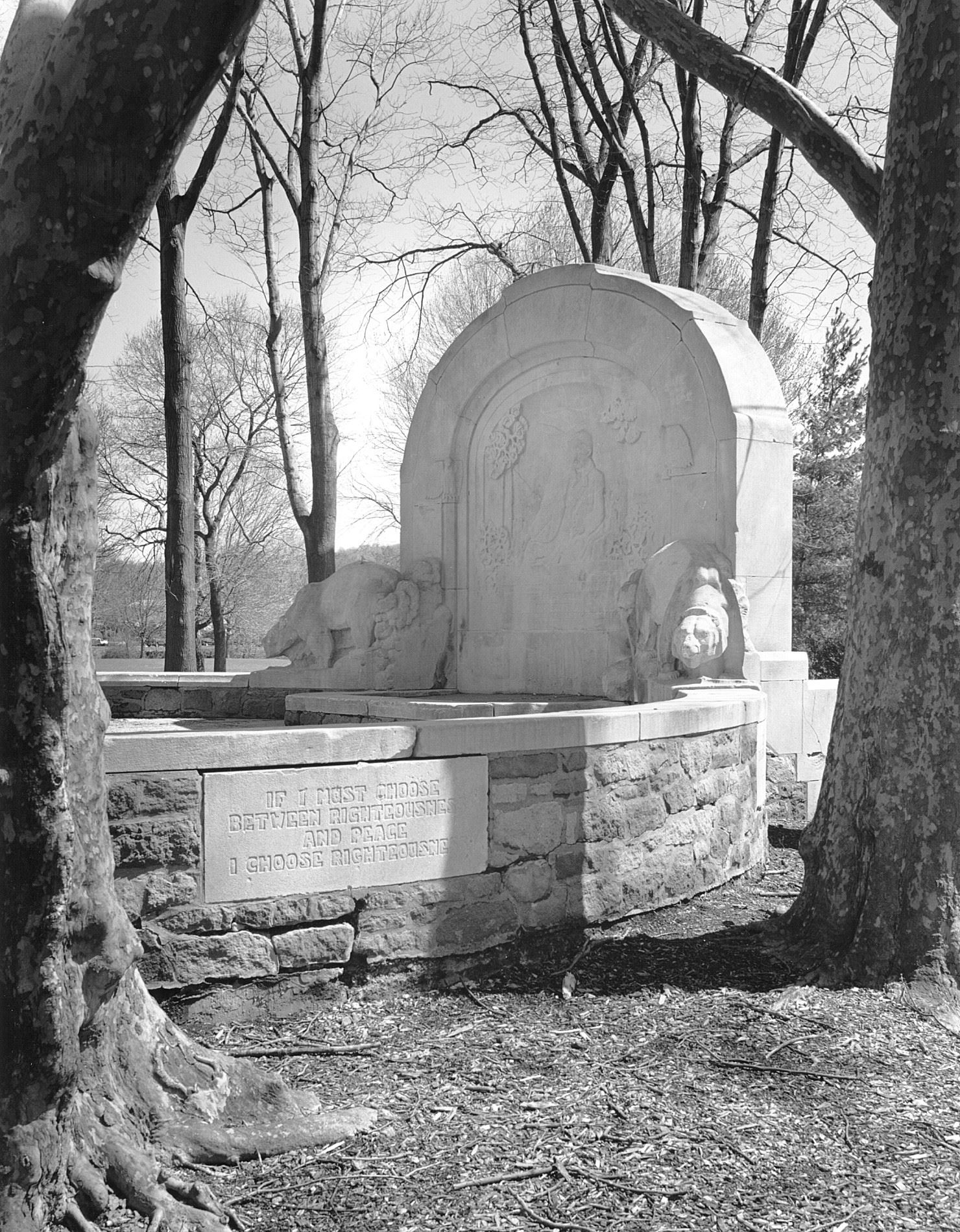 The stone monument, honoring the twenty-sixth president of the United States and situated in a grove of trees, is in Roosevelt Common north of Riveredge Road and east of Jefferson Avenue. Sculptor Trygve Hammer produced carvings of Theodore Roosevelt sitting in the company of eagles and bears and sayings associated with him. One quotation reads: "The great man is always the man of mighty effort." The Mackay Family, Malcom S and his sister Jennie, choosing to honor the late president because of his beliefs in conservation and parks, donated twenty-eight acres to the Tenafly Board of Education in 1924.

Majorie Sewell Cautley, a pioneering landscape designer, emphasized natural space and native plantings with recreation areas, a skating rink and outdoor theater, in her original Common designs. Cautley was later known for her work in the Garden City Movement and "Radburn" in Fair Lawn. The monument is a focal point for many of the activities that take place at the Common. Owned by the Borough.